President Muhammadu Buhari has signed the 2018 budget Appropriation bill.The president signed the bill on Wednesday, sharing a video of himself doing so on his Twitter.

Buhari went on to detail the cuts made on the budget by the National Assembly, listing the projects and the amount budgeted. 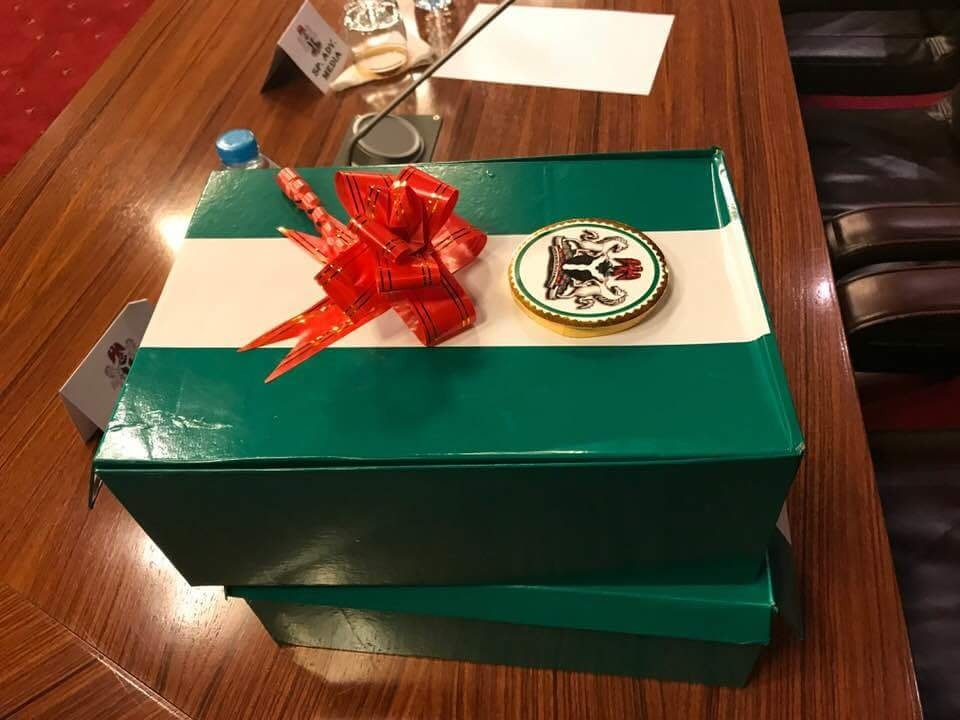 A few minutes past noon today, I signed the 2018 Appropriation Bill into Law.

I am however concerned about some of the changes @nassnigeria has made to the budget proposals I presented. The logic behind the Constitutional direction that budgets should be proposed by the Executive is that, it is the Executive that knows & defines its policies & projects.

Unfortunately, that has not been given much regard in what has been sent to me. The National Assembly made cuts amounting to N347 billion in the allocations to 4,700 projects submitted to them for consideration and introduced 6,403 projects of their own amounting to N578 billion.

Many of the projects cut are critical and may be difficult, if not impossible, to implement with the reduced allocation. Some of the new projects inserted by @nassnigeria have not been properly conceptualized, designed and costed and will therefore be difficult to execute.

Such examples of projects from which cuts were made are as follows:

At a time when we are working with Labour to address compensation-related issues, a total of 5 billion Naira was cut from the provisions for Pension Redemption Fund and Public Service Wage Adjustment.

The provision for Construction of the Terminal Building at Enugu Airport was cut from 2 billion Naira to 500 million Naira, which will further delay the completion of this critical project.

The Take-off Grant for the Maritime University in Delta State, a key strategic initiative of the Federal Government, was cut from 5 billion Naira to 3.4 billion Naira.

About seventy (70) new road projects have been inserted into the budget of the Federal Ministry of Power, Works and Housing @FMPWH. In doing so, @nassnigeria applied some of the additional funds expected from the upward review of the oil price benchmark to the Ministry’s vote.

Another area of concern is the increase by @nassnigeria of the provisions for Statutory Transfers by an aggregate of 73.96 billion Naira. Most of these increases are for recurrent expenditure at a time we are trying to keep down the cost of governance.

Notwithstanding the above stated observations, I have decided to sign the 2018 Budget in order not to further slowdown the pace of recovery of our economy, which has doubtlessly been affected by the delay in passing the budget.