One year after their society wedding, Olujonwo, son of former president Olusegun Obasanjo,has dragged his wife Temitope to court over domestic violence.

The documents reveal that shortly after the wedding ceremony, Olajuwon has allegedly suffered from physical assaults by his wife as well as threats from his wife.

In the court documents that surfaced online, Olujonwo alleges that he has had to leave his matrimonial home as he feared for his life. He’s calling on the court to intervene and help prevent further attacks.

See the alleged documents below. 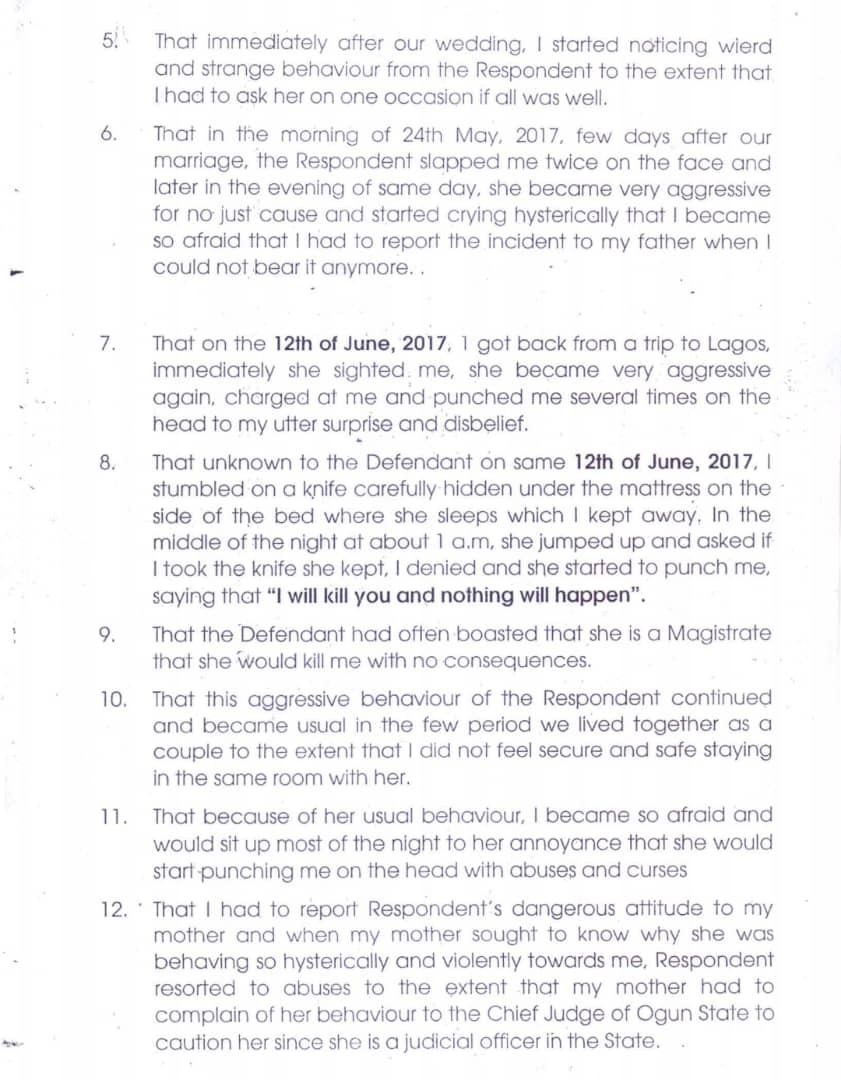 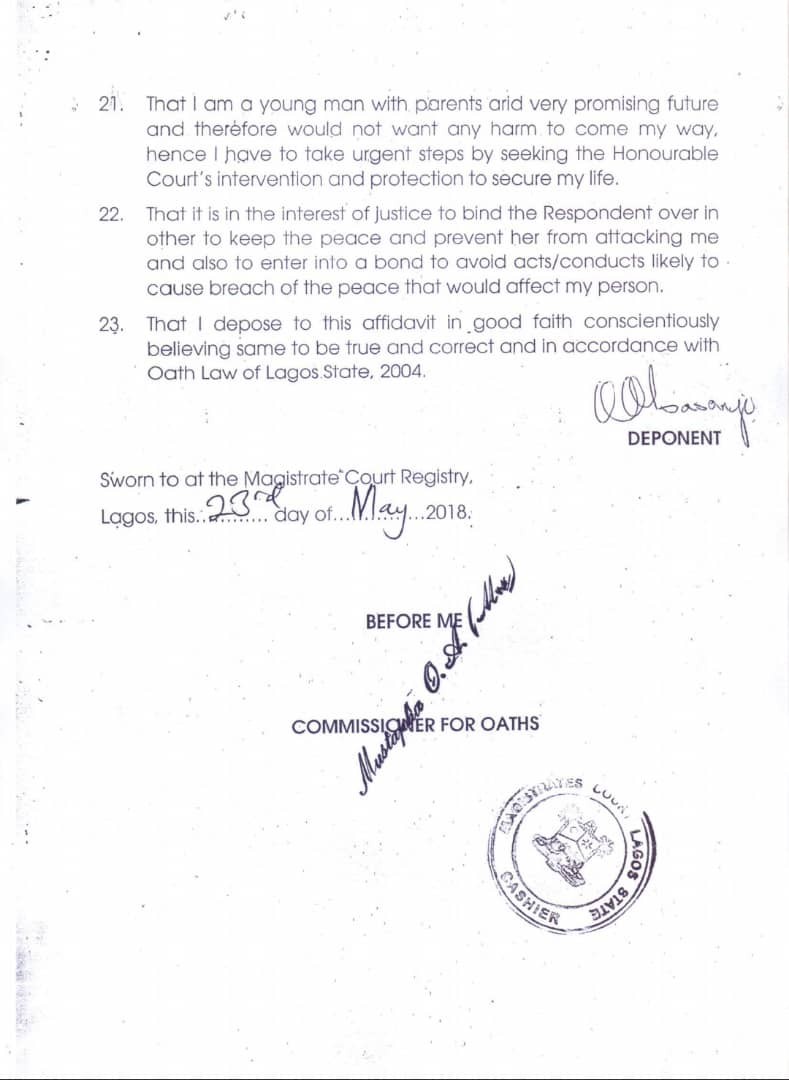 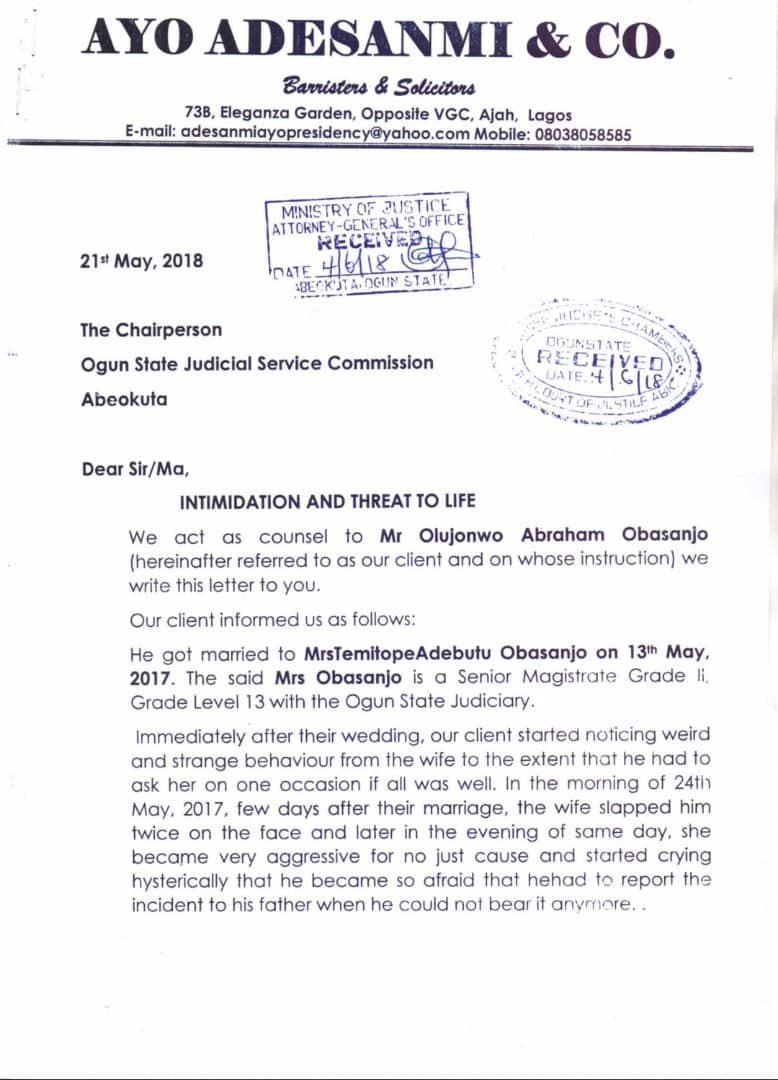 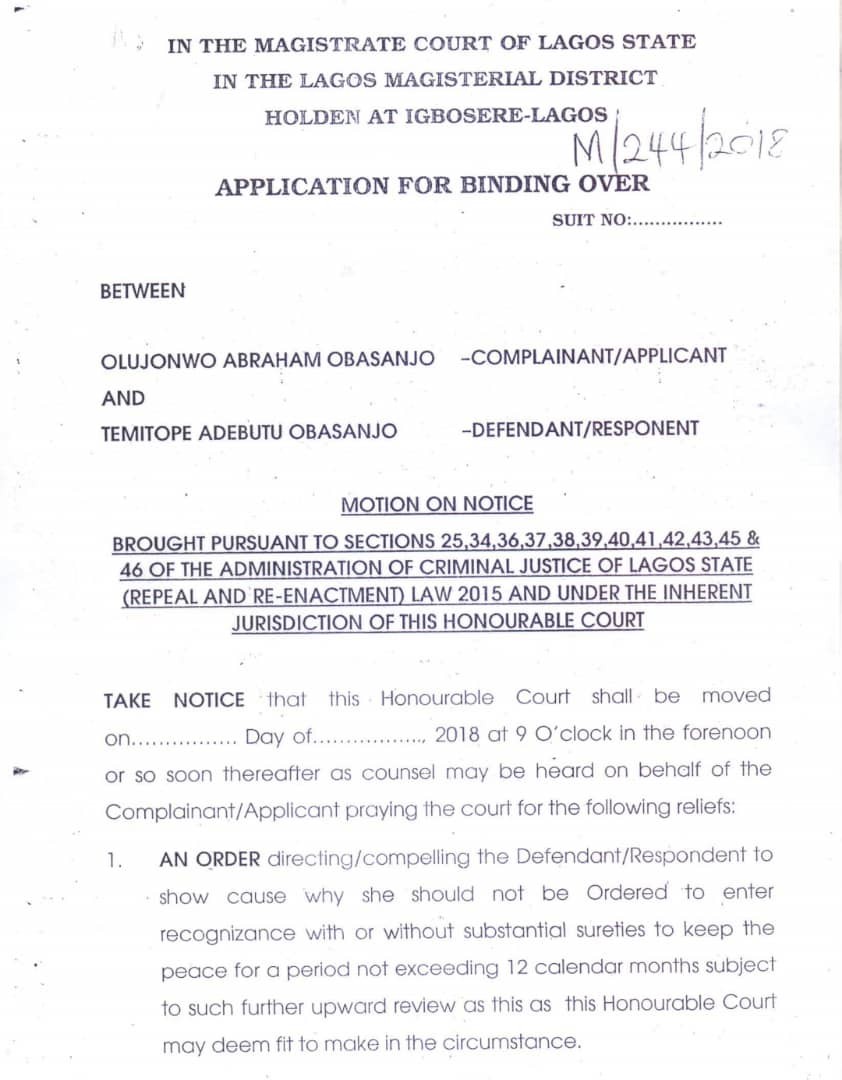 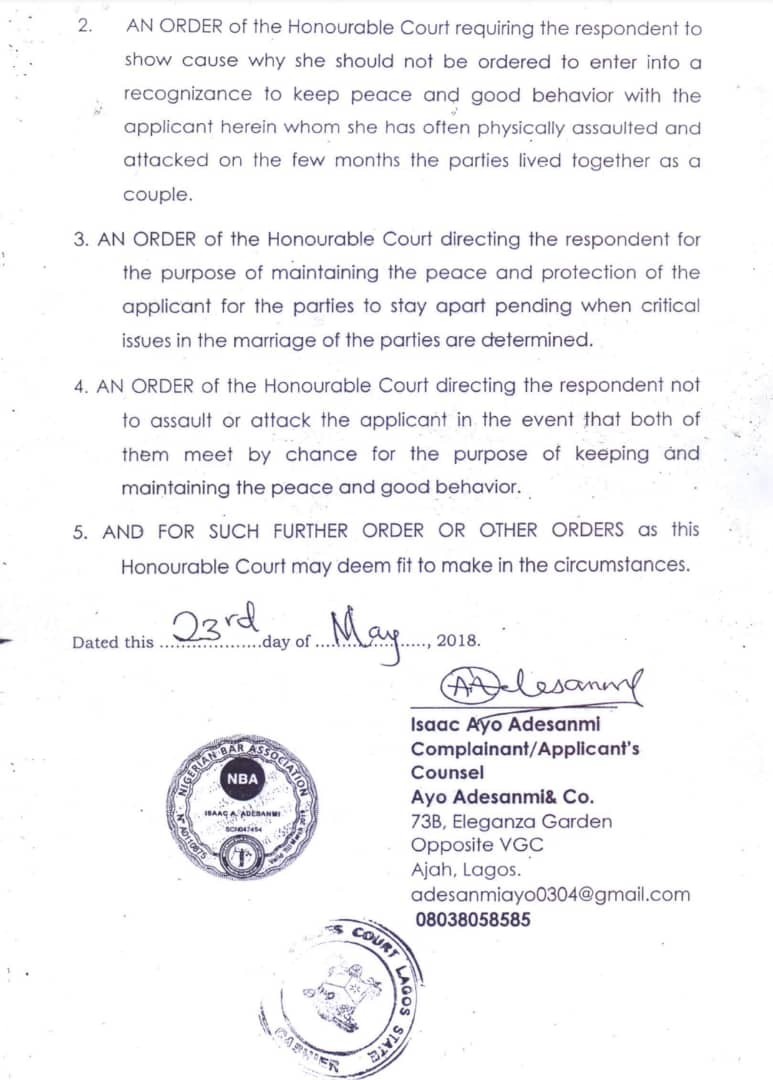 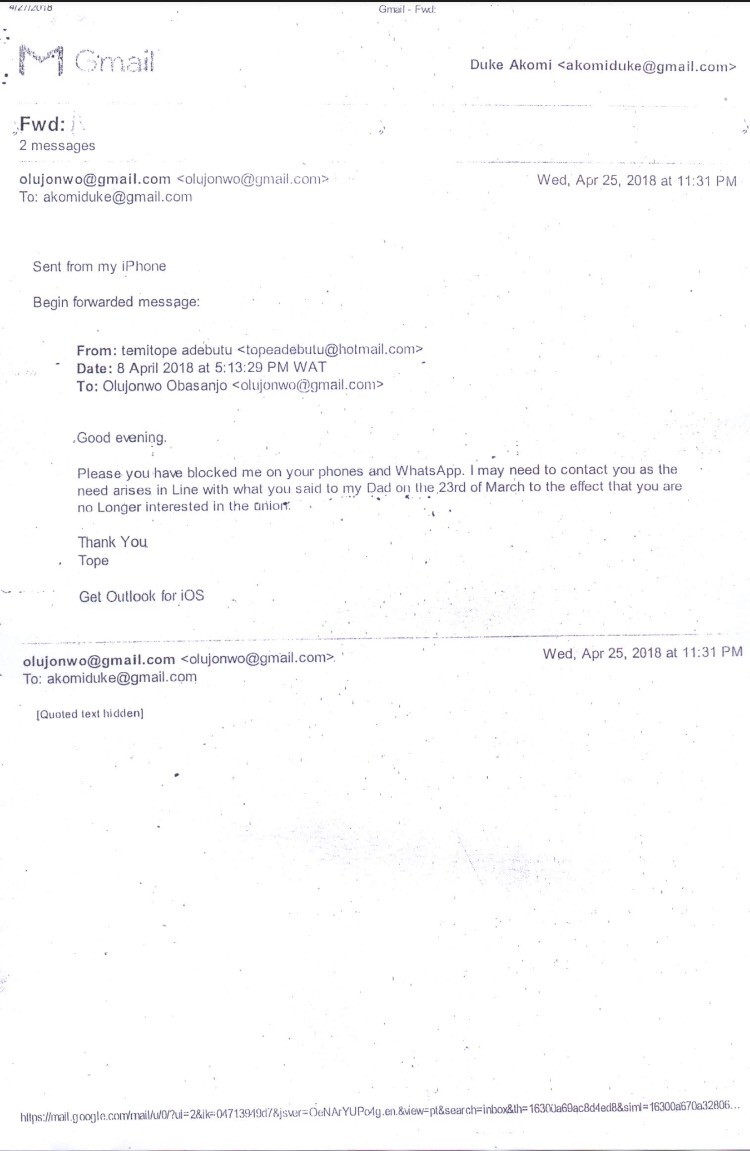 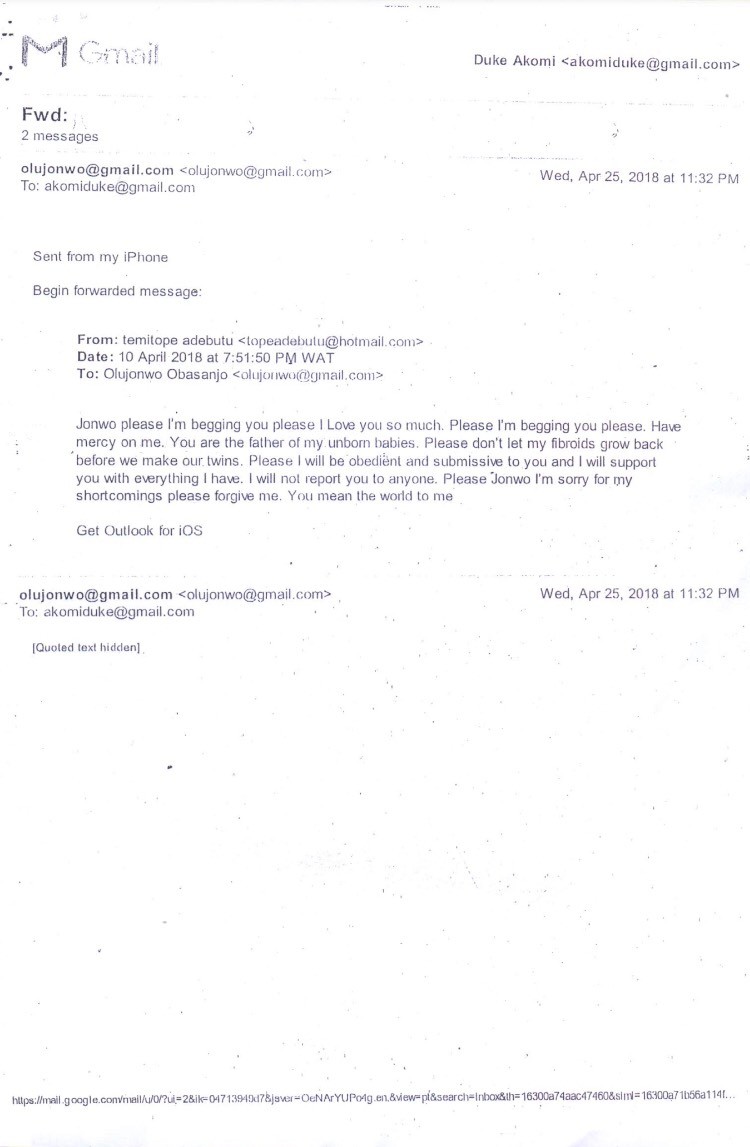